Today, the City of Los Angeles completed one of the final steps in a sweeping reform of the city’s commercial and multifamily waste system, showing that Mayor de Blasio’s plan to transform New York’s commercial sanitation industry along similar lines can have enormous benefits. 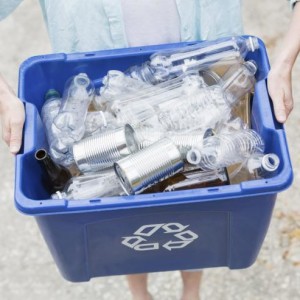 The largest city in the country thus far to enact such reforms, Los Angeles has announced tentative contracts with seven hauling companies for eleven commercial waste zones, following a competitive RFP process and subsequent negotiations with the top proposers.  The selected haulers include several local, family-owned businesses, and all of the selected haulers will subcontract parts of their business operations to local firms including minority- and women-owned enterprises.

All of the selected LA haulers have agreed to meet comprehensive standards for waste diversion, customer service, clean-fuel truck fleets, worker safety, and infrastructure investment — all of which are core goals the Transform Don’t Trash NYC coalition would like to see included in a zoned-waste system in New York City.

“Los Angeles is convincingly demonstrating that local government, private industry, and labor can work together to establish innovative solutions to urgent problems in the private sanitation industry,” said Councilmember Antonio Reynoso, Chair of the Sanitation Committee.  “My colleagues and I are eager to move forward with a similar reform in New York City.”

LA businesses will benefit from low, competitive prices that incentivize recycling and waste reduction.  The maximum base prices for all geographic zones include both garbage service and unlimited free recycling collection. Prices at many service levels are below the NYC rate cap and lower than the actual prices charged by NYC haulers.

Justin Wood, New York Lawyers for the Public Interest said, “With the efficiency and stability of the zone system, LA waste haulers will offer comprehensive recycling, composting, and waste reduction services to all customers at prices that are highly competitive with what NYC businesses are currently paying to landfill their waste.  In many cases, LA businesses will actually be paying less than their New York City counterparts and receiving far better service. New York’s businesses community can feel confident that commercial waste zones will be good for their bottom line and our city’s environment.”

In contrast, many New York City haulers do not offer a full suite of recycling and compost services, and inclusion of unlimited recycling in base garbage prices is all but unheard of.

Mary Cleaver, owner of The Cleaver Company and The Green Table said, “It has been a struggle to establish a sustainable business in NYC because of the lack of transparency and limited recycling and compost services in our current waste system. The Los Angeles model offers affordable, discounted recycling, food rescue, and composting to all businesses large and small, and is a positive step toward a zero waste economy.”

The selected haulers have agreed to meet enforceable diversion targets by reducing waste and by investing in major improvements to recycling infrastructure and customer education.  With these agreements, Los Angeles has a practical plan to reduce disposed waste by 90% by 2025.  A similar reduction in NYC would divert approximately 2.5 million tons from landfills and incinerators.

All selected haulers have agreed to update truck fleets and fueling stations to 100% clean-fuel trucks, and to ensure that trucks are no more than 10 years old through the life of the agreement. This investment in low-emissions vehicles will reduce various air pollutants from waste vehicles, and exceeds the requirements in New York City Local Law 145.

Eddie Bautista, Executive Director of the New York City Environmental Justice Alliance said, “It is encouraging to see that Los Angeles will require private haulers to use low-emissions trucks, will require waste facilities to minimize their impact on local communities as part of this new system, and will allow smaller haulers to use public waste facilities.  Too often, these facilities and truck routes are concentrated in low-income communities of color.  The LA model is a step toward waste equity, which is urgently needed in New York.”

Safety and Training Standards for Workers

In addition to providing health and safety training and equipment to employees, haulers must ensure that the recycling and waste transfer facilities they utilize are in compliance with worker and community/environmental protections.

Sean Campbell, President of Teamsters Local 813 said,  “With commercial waste zones, New York City can set strong wage and worker safety standards for the first time in this industry. We can’t wait until New York private sanitation workers can reap the benefits of this transformative policy.”

Investment in Infrastructure and Green Jobs

To meet diversion targets and to lessen the burden of facilities on host communities, the seven selected haulers have committed to invest $200 million in modern processing and recycling facilities, including several composting and anaerobic digestion operations.

Brigid Flaherty, Organizing Director at ALIGN: The Alliance for a Greater New York said, “Los Angeles is showing that cities can lead the nation on smart policies that advance environmental goals, workers’ rights, and create green jobs at the same time.  With the leadership from our nation’s two largest cities, others are sure to follow.”