Sanitation workers, environmentalists, safe streets activists, and small business owners joined forces to testify at a public hearing held by the Department of Sanitation (DSNY) today about problems in the private carting industry and needed reforms. 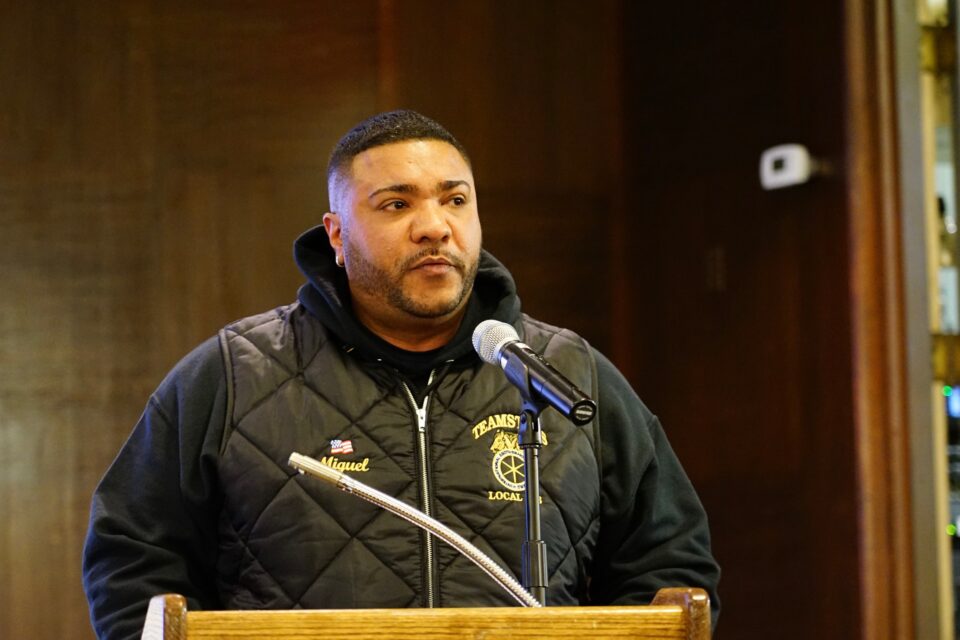 The private carting industry stands in stark contrast to the City’s own sanitation fleet, which is responsible for residential waste. The commercial waste carters – nearly 100 companies – crisscross the city every night with long and inefficient routes collecting trash from offices, restaurants, and other businesses. The industry is plagued by companies with poor working conditions, polluting trucks, low recycling rates, and a high number of fatal crashes. Most of the industry’s trash facilities are located in communities of color.

Under the new commercial waste zone system, which has been implemented in leading green cities, like San Francisco and Seattle, DSNY will select private carters to collect trash from businesses in 20 zones across the city, through a competitive bidding process. In awarding zones to each carter, DSNY will favor carters with low rates, good working conditions, robust safety programs, and plans to boost recycling and composting rates.

DSNY originally proposed a non-exclusive system, with 3 to 5 carters per zone, but advocates are pointing to the department’s own recent study to show that limiting one carter to each zone will further reduce dangerously long routes, toxic diesel pollutants, and greenhouse gas emissions.

Exclusive zones will also cut industry-wide costs by 4%, savings that can go to lower collection rates for small businesses and investments in workers and green technology. The DSNY study also found that improving safety and recycling without waste zones – which some private carters have argued for – would actually result in a 3% cost increase.

A second public hearing will be held this Thursday. The City Council is expected to take up legislation this spring to implement the commercial waste zone reform.

“After decades of declining wages, traffic fatalities, and stagnant recycling rates, New York City has the opportunity to transform the commercial waste industry. Now is the time for bold reforms. When the City Council passes legislation to create this new system, it should be an exclusive zone system with strong protections for the workers and communities who have been harmed by this industry,” said Sean Campbell, President of Teamsters Local 813. 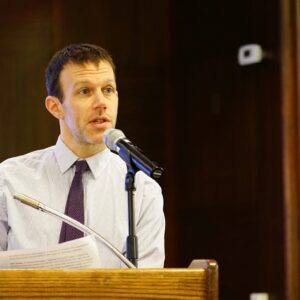 “This study confirms that a zone system – particularly an exclusive zone system – will achieve major improvements in safety and efficiency, and create an opportunity to transform thousands of dangerous, low-paying jobs into high-quality green jobs in communities where they are most needed.  Even with a modest increase in commercial recycling and composting services, this study finds a net gain in employment as truck routes become far more efficient and safe. By adding true zero-waste programs including waste reduction, composting, and local re-use and recycling services, the City can create hundreds more good local jobs, and tackle our massive, environmentally destructive commercial waste problem,” said Justin Wood of New York Lawyers for the Public Interest.

“The time is long overdue for a major overhaul of our polluting, dangerous, and inefficient private carting system. The Department of Sanitation’s study confirms that the best way to transform this sector is with an exclusive zone system, which means that workers will be protected, the roads will be safer, greenhouse gas emissions will be reduced, and we will move closer to meeting our zero waste goals. We will continue working with the administration and City Council to make this policy a reality,” said Maritza Silva-Farrell, Executive Director of ALIGN.

“NYC-EJA is heartened by early findings that the environmental justice benefits alone of implementing an exclusive zoning system include reduced asthma rates, vehicular deaths, noise pollution, and damaged roads – alongside a reduction in GHG emissions, helping abate the devastating impacts that foremost threaten people on the frontlines of climate change impact. We continue to hope the shift to commercial waste zones will finally provide higher labor standards and protections in this wildly dangerous profession that disproportionately exploits young men of color – and make it a bit more on par with DSNY’s own compensation for residential waste carters,” said Eddie Bautista, Executive Director of the New York City Environmental Justice Alliance.

“This analysis confirms what we have long-believed — commercial waste zones will slash truck traffic and diesel pollution in neighborhoods across New York City, help boost recycling and composting, and increase worker safety and the number of good jobs for workers throughout the waste industry, “ said Eric A. Goldstein, New York City Environment Director at the Natural Resources Defense Council.

“The Department of Sanitation’s own research shows that exclusive zones will lead to fewer vehicle miles traveled by carters across the city, meaning our streets would be safer for pedestrians, bicyclists, and drivers alike. Passing a non-exclusive zone policy despite these findings would be nothing more than a gift to private carting companies — an industry responsible for at least 26 deaths since 2014 — paid for with the lives of regular New Yorkers,” said Marco Conner, Deputy Director of Transportation Alternatives.