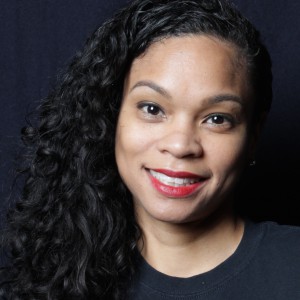 Kellie Terry is the executive director of THE POINT Community Development Corporation located in the Hunts Point section of the South Bronx. Growing up in the area, Kellie witnessed firsthand how commercial waste has impacted her community, which inspired her to move back after college. Over 14,000 families, mostly low-income and communities of color, live next to 15 different waste transfer stations and are subjected every day to 15,000 trucks hauling toxic-smelling waste. Among having the highest rate of asthma in the nation, residents are also already struggling with other health and economic issues such as heart disease, obesity, high rates of unemployment and a lack of access to healthcare — things all related to the current unsustainable infrastructure.

Kellie has been working with THE POINT for over a decade, which has a history of organizing around environmental justice issues, such as preventing the A&R waste transfer station from being built in local neighborhood. She feels that is far overdue for policymakers to take advantage of the opportunity to transform New York City’s inefficient waste system, such as investing more into recycling and reducing the amount of trucks hauling commercial waste to nearby stations and landfills that that pollute the air and environment. It is no coincidence, according to Kellie, that waste transfer facilities happen to be located in one of the poorest congressional districts in the nation.

“Living and working in a community that has over 15 waste transfer stations on top of a prison, on top of 15,000 trucks for a food market, is oppressive. It’s grasping for fresh air. It’s noise pollution. It’s hinging on your feeling of security, your feeling of just aesthetic happiness.”

Kellie believes that waste legislation will not only have immediate short term impacts but that in the long-term, residents will see the benefits of a more sustainable system for how waste and trash handling is established. But we can’t avoid the need of transforming that much longer, she warns, which comes at the expense of future generations.

“It’s not a matter of luxury for us. We don’t have a choice. It’s about ‘Can my kid breathe?’ ‘Can I breathe?’ ‘Can we have a healthy and happy family here in the places we have to live?’ Environmental justice is not an option for us. It is a life of death issue, along with so many other disparities we’re facing in this nation. Transform Don’t Trash encompasses many issues we’ve been fighting for generations.”